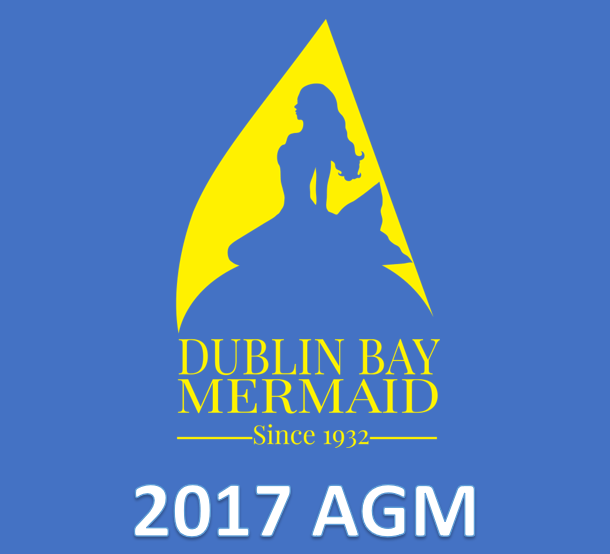 Our 2017 AGM will take place on Friday the 1st of December at Skerries Sailing Club starting 8pm sharp. Full agenda and details can now be found on our resources page, please see the top 2 resources on the list: https://dublinbaymermaids.com/resources/.

We look forward to a good attendance of members – both owner members and crew associates.

As well as the normal business of the AGM, receiving reports and electing officers for 2018, there are a number of other items on the agenda:

Almost all rudders on boats competing in the 2017 championship in Skerries were measured, and all but one would comply with the new maximum depth.  If the change is adopted, all rudders must comply with the specification. There will be no “grandfathering” of older rudders.

Please note that only Owner Members may vote on the proposal to amend the Specification.

FYC  proposes to run 10 races over the 4 days, finishing on the 5th August with the prize presentation and meal on the Sunday evening.  The usual amenities will be available on site (breakfast, marina, launch & recovery services, camping, parking of camper vans, etc).

For full agenda and exact details on proposed rule change regarding rudder lengths please refer to this PDF document.

We hope to see you all there and thank you for your continued support this season. It was fantastic to have such as good turn out at this years National Championship, we have a very special class with a long history behind it which takes constant effort and dedication to keep growing, this cannot happen with you!

Safe travels and see you there,