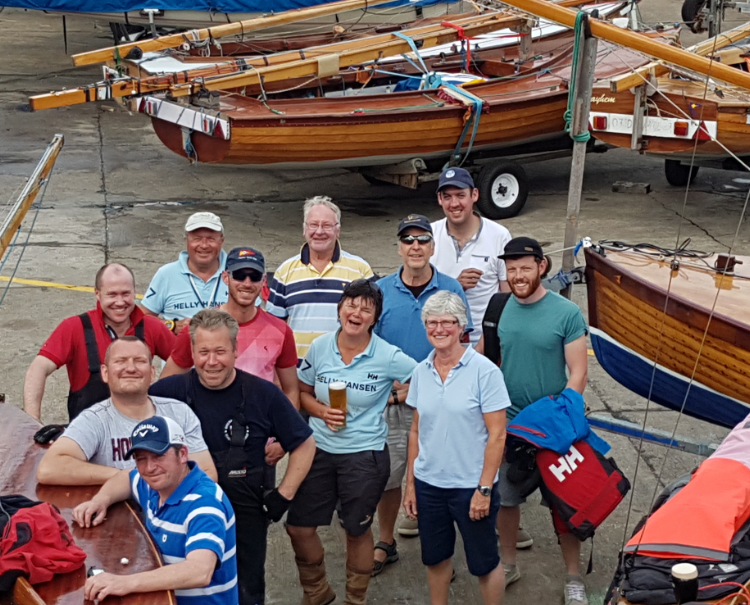 The 2017 Volvo Dun Laoghaire Regatta saw the return of the Mermaid fleet in impressive numbers to Dublin Bay for the first time in a number of years. 15 Mermaids took part in what was also their Leinster Championship from the 6th to the 9th of July. With their race area at the Salthill mark the first day and South Bull for the remaining 3 days of racing, the fleet got all 10 races in for what proved to be an exceptionally competitive fleet.

The leaderboard changed constantly with 3 different boats lying at the top spot during the first three days of racing. Local boat 134 Jill helmed by Paul Smith with his crew Anne Smith and Pat Mangan were leading following the first 2 races on day 1 but this quickly changed following another 3 races on day 2 where Foynes boat, 188 Innocence helmed by Darragh Mc Cormack then found himself in the lead. The 3rd day of racing, again with 3 races, saw the leaderboard move again after Skerries boat 186 Gentoo helmed by Brian McNally played a blinder with a second and 2 firsts that moved him up to first place overall. Ultimately with the lowest points and most consistency across the entire regatta (in what was extremely close racing), the winner was 134 Jill from the Royal Irish Yacht Club. 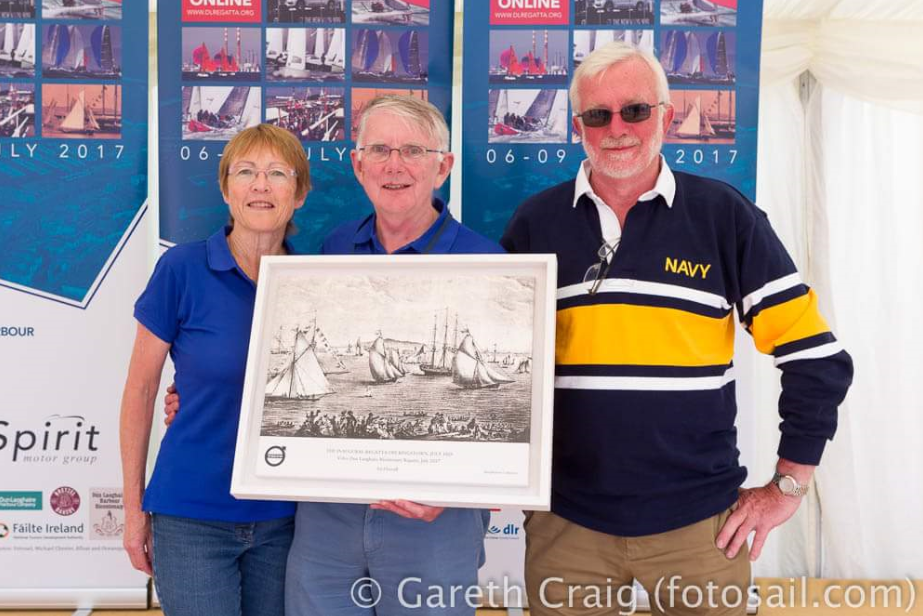 The Mermaid fleet are used to, for the most part, having Olympic courses all to themselves so sharing with up to 5 other fleets using a mix of inner and outer trapezoids meant the fleet were kept very much on their toes but they stepped up to the challenge! Mostly light winds dominated the majority of the racing and having the local knowledge of the Dublin Bay tides definitely proved an advantage. Having to account for a lot of other boats on the course saw new tactics come into play and those who could use this to their advantage gained big leads (often at the expense of others!). After the racing, entertainment, “the best pints of Guinness ever” and great BBQ food kept the majority of the Mermaid competitors enjoying the social side of things as they are so well known to do.

Mermaiders enjoying the apres-sail scene at the National Yacht Club on the last day of the regatta.

Hosted by the National Yacht Club it was a great return of the fleet to it’s historical roots of Dublin Bay and the consensus from the fleet overall was that it was a fantastic event blessed with great racing, weather, company and entertainment. A big congratulations to the organisers of the Volvo Dun Laoghaire regatta and all 4 clubs of Dublin Bay for what was a brilliant 4 days. The Mermaids are now keen to ensure their next visit won’t take so long!

With hardly time to have their gear washed and dried, the Mermaid fleet are heading North to Skerries for their annual Regatta this weekend. With their main National Championship event being hosted at Skerries Sailing Club this year from the 5th to the 11th of August, the Regatta is an excellent opportunity for competitors to have a practice run, get to know the race area and get their boats tuned up for the main event, watch this space! 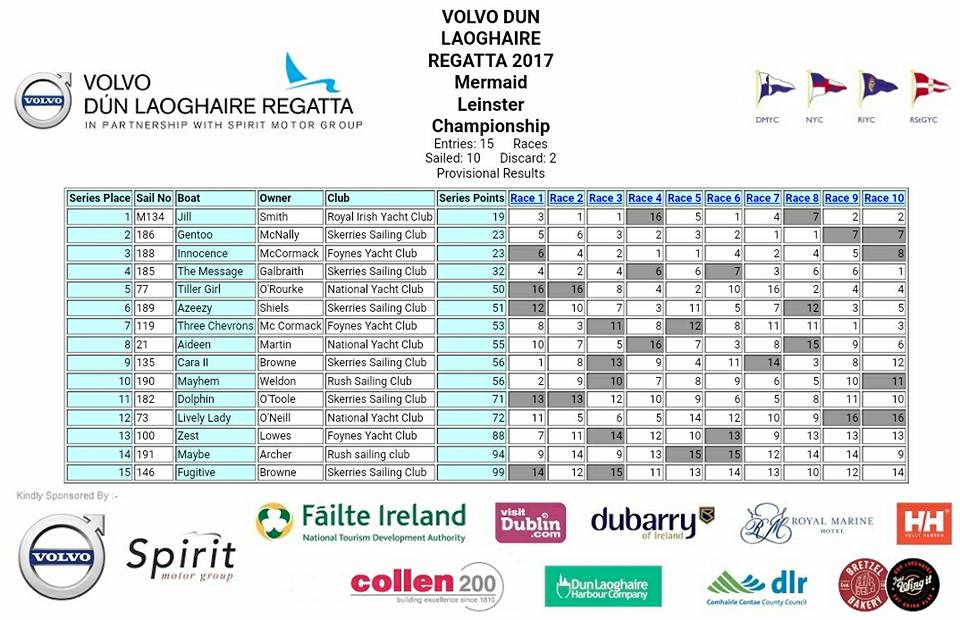