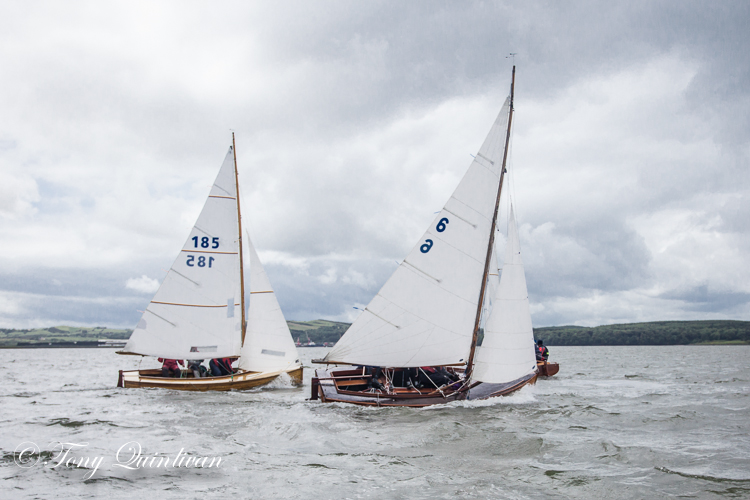 Tomorrow, Saturday the 5th of August will see the 2017 Mermaid National Championship kick off with registration and a practice race at Skerries Sailing Club for what is the 85th anniversary year for the class.

An online entry form encouraging competitors to register for the event in advance saw a fantastic 27 entries sign up from 6 different clubs including Rush Sailing Club, Foynes Yacht Club, Royal Irish Yacht Club, National Yacht Club, Clontarf Yacht and Boat Club and Skerries Sailing Club. The incentive of being in with a chance to win a brand new UK McWilliams jib if you entered by the 30th of July worked a little too well seeing such a huge response. Anyone else that enters between now and the event itself is nothing but a bonus and to ensure that no one is left out, the jib draw will now include all final registered competitors that are paid up fully with the MSA.

A number of past, well-known faces to the class are making a welcome return including past National Champion Mark Boylan on 177, This Is It and Andrew Frazer on 174, Golden Chevrons among others. New to the class include Darach Dinneen on 36 Elizabeth, Del Brennan on 173 Jubilee and number 4 Ferga from Clontarf Yacht and Boat Club. It is a very welcome return of Mermaids from Clontarf to the fleet. This year, not one, but two Mermaids came back to Clontarf (number 4 Ferga and Ciaran Hynes’ number 17 Maeve) through a fantastic initiative and drive from Clontarf Yacht and Boat Club, no doubt they will get a very warm reception at this year’s main event.

With a practice race tomorrow to get everyone tuned up and ready, the real Championship racing starts on Sunday the 6th when a 10 am briefing will kick everything off. Racing covers a full 6 days and runs right through to Friday the 11th of August with a total of 10 Championship races planned as well as one Crew’s race (where one of the crew helms). Shoreside entertainment includes an RNLI quiz at 8pm on Tuesday the 8th as well as the famous ‘Shay’s Alternative Prize Giving’ on Thursday the 10th also starting at 8pm at Skerries Sailing Club. The final Friday night on the 11th will see the new National Champion crowned in and at this stage with so many competitive boats in the fleet it’s very difficult to predict who this will be.

Along with daily prizes for 1st place helm and crew, 1st place Daphne helm and crew and 1st place Designer helm and crew there will also be daily raffles hosted by the Mermaid Sailing Association. These raffles are thanks to the MSA’s generous sponsors including UK McWilliams Sailmakers, Dubarry of Ireland, North Sails and Union Chandlery and all competitors will be included in daily draws for some great prizes.

The forecast which had been giving very light winds seems to be picking up and at the moment it’s looking good for the scheduled racing (although we all know how quickly that can change!). Keep an eye out for further update articles as the Championship progresses and best of luck to all taking part.

This article was originally published on Afloat which you can check out here: http://afloat.ie/sail/sailing-classes/mermaids/item/36747-27-dublin-bay-mermaids-pre-enter-for-special-anniversary-national-championships.