Champions in the Spotlight – Sitting down with Sam 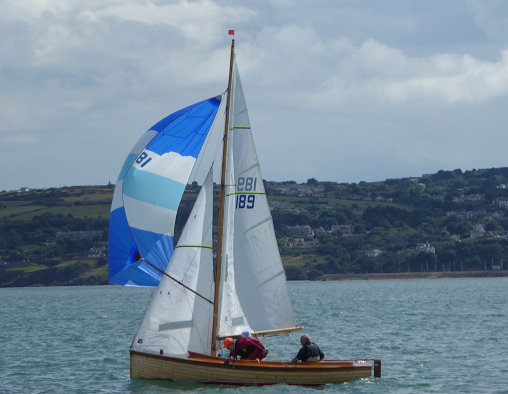 As anyone involved in Dublin Bay Mermaid racing knows it’s no easy feat to claim a Championship title. Many have been sailing for years, edging ever closer but not having quite gotten there yet, so, with an excellent sailing season lined up for 2017 and everyone already dreaming of the glory of claiming one of this year’s titles, we thought it would be a really nice idea to get to know our current reigning champions a little better. We want to understand what makes them tick and try and find out just how they managed to win a coveted title!

To kick off the series, MSA Captain Roisin Mc Cormack sat down with the Dublin Bay Mermaid reigning National Champion, the main man himself, Mr Sam Shiels from Skerries Sailing Club. The 2016 Nationals saw a strong fleet of 23 boats battling it out across 4 days. With 2 races per day and a mix of conditions going from sun-drenched drifting to gale force survival mode on the final day, last year’s Nationals again pushed sailors to their limits ensuring only the most consistent and skilled ended up in the top rankings.

With all of his final counted results in the top 5, Sam Shiels on 189 Azeezy clinched the title fighting off some very impressive competition from the likes of Paddy Dillon who finished 2nd on 131 Wild Wind and Jonathan O’Rourke who finished 3rd on 77 Tiller Girl. What’s more impressive is that this is Sam’s 2nd time winning the National title (along with a Munster Championship title and several Leinster Championships) so we were very grateful when he willingly agreed to do a quick interview and tell us a little more about his background, his boat and his ambitions for the future!

Q1. How did you first get involved with the Dublin Bay Mermaid sailing class?

My mermaid sailing started in the late 1960’s, I first crewed on Nichapando Number 114 with John Grimes as helm. My first Mermaid Championships was in Wexford in 1971 crewing for John where we finished 10th out of a fleet of 44.

Q2. What is your favourite thing about the class?

Q3. Do you do any other sailing?

In my younger years most of my sailing was in GP14s supplemented with Mermaids and whatever the sailing calendar would allow at the time. In 70,80, 90’s I did a bit of offshore racing in any boat that would have me. However in April 1989 instead of buying my wife flowers for the  birth of our son I presented her with a photograph of a Mermaid I had just bought. It was Fugitive No.146. Thereafter my full time Mermaid sailing began.

The key ingredients to make a boat go faster are the Helmsman and Crew, sails and rig, a clean hull, centre plate and good working rudder blade. Though there is no substitute for time on the water.

Q5. What was a key ingredient for securing your overall National win last year?

Following on from the above question, time on the water. My Mermaid is launched each year on the first weekend in May and taken out of the water at the end of October. Sailing with a regular crew is a great help. We actually sail two up (Con and myself) in pretty much all sailing conditions.

Q6. Can you tell us about your winning crew and how long you had all been sailing together prior to the win?

Con has crewed with me for 27 years, we know each others moves (and moods!!) and we work very well together. The two of us are well capable of sailing Azeezy in all weather conditions. This was Eoin’s second championship with us. He is young, fit, light and agile making for a great crew and has helped bring the average age of its overall crew down considerably. 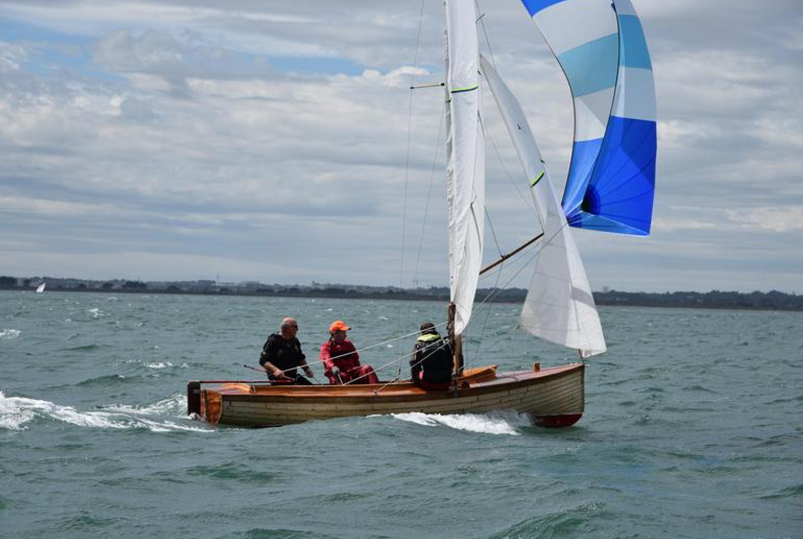 Q7. What is your favourite sailing spot in Ireland?

Skerries would have to be my favourite place to sail.

Q8. Can you tell us about one of your favourite sailing memories?

As a sailing family we have had lots of very good sailing memories including watching my son and daughter compete successfully over the years. One of the many championships that comes to mind was the world GP14 championships in Howth many years ago. My wife Micheline crewed, we raced in gale force conditions. I learned some new words that week. And of course winning two Mermaid National Championships in two boats that I built.

Q9. Can you give one piece of advice for upcoming, budding Mermaiders?

I am not a natural sailor, I had to work hard for results and as I said when we won the first national championships that if I can do it so can anybody. If you want to win a championship, get out sailing as often as you can. Have a boat as good as your competitors. During the winter months I read a number of sailing books (tactics, sails, tuning etc), understand and practice what they say. There is no substitute for time on the water. Its like most sports, the more you practice, the luckier you get.

Q10. What is next for you and your Dublin Bay Mermaid? 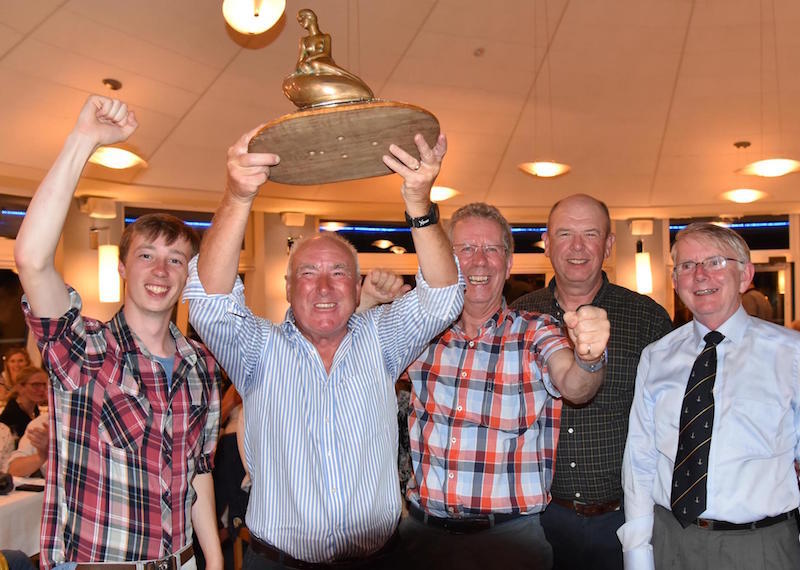 Sincere thanks to Sam for sharing and keep an eye out next week for our next ‘Champion in the Spotlight’ article. We’ll be talking to our reigning Leinster Champion, Derek Joyce, a 5 time National Champion who sails 187 Zuleika out of Wexford.