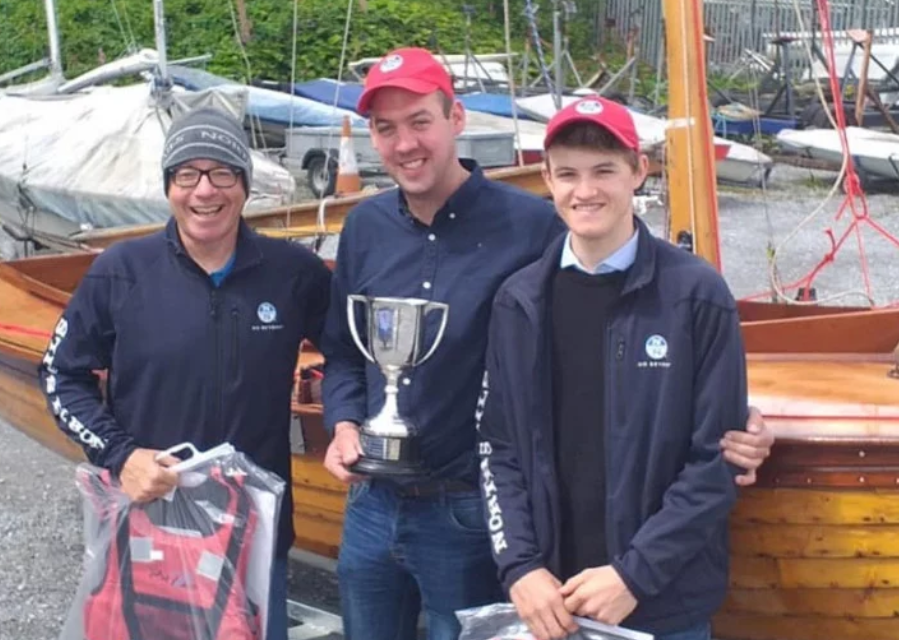 Foynes Yacht Club boat Innocence, helmed by Darragh McCormack and crew Nigel and Jack Young, claimed their fourth Munster Mermaids title in a row at the regional championships held at their home club on the Shannon Estuary this past June Bank Holiday weekend, writes Patricia McCormack.

The weekend got off to a bit of a slow start with racing postponed ashore for an hour in the hope that more breeze would fill in. Thankfully a breeze of 12-15 knots arrived, making for perfect racing conditions for the Mermaids.

Nine boats took to the start line for the first warning signal as 12.25pm. The first upwind proved to be very competitive with 121 Red Seal, helmed by Darragh Dineen and crew Conor and Louise Magner, and 188 Innocence rounding the windward mark first and second respectively.

There was a bit of a change-up in races on the first downwind with Innocence taking the lead and holding it comfortably for the rest of the race.

Meanwhile, there was a serious battle going on for second, third and fourth place between 100 Zest, helmed by Anna Lowes and crew Bev Lowes and Conor Clifford; 135 Cara II, helmed by Frankie Browne Snr and crew Frankie Browne Jnr and Brendan Dunne; and 119 Three Chevrons, helmed by Vincent McCormack and crew Michael Lynch and Roisin McCormack. The first race was definitely an exciting start to the championship.

The second race saw 10 boats on the start line with 54 Hycilla, helmed by Mark McCormack and crew Cathal McMahon and Luke McCormack, making its way to the start line for its debut after nine years out of the water.

The rest of the day didn’t fall short with excitement. The close racing was a magnificent sight for spectators and fantastic fun for everyone taking part.

With the forecast for Sunday not looking great the OOD Raymond McGibney made the executive decision to hold all four races scheduled for the weekend on Saturday. This came with no bother with swift mark layers and a good crew around the OOD.

The last race was certainly an interesting one for Three Chevrons and 134 Jill, helmed by Paul Smith and crew Anne Smith and Pat Mangan, battling for third overall. 161 Pearl helmed, by Noel McCormack and crew Tadhg O’Loinsigh and Mary McCormack, managed a second in Race 4.

Meanwhile, 165 Seafox, helmed by Oisin Finucane and crew Christopher McDaid and Sean Finucane, and 191 Maybee, helmed by Paddy Archer and crew Packer Thorne and Breda Magner, continued to battle with one another.

Overall it was a clean sweep for Innocence with four bullets on the day, and their fourth Munster title in as many years. Second place went to Cara II followed closely behind by Three Chevrons. Once again a fantastic weekend of racing for the Mermaid fleet.