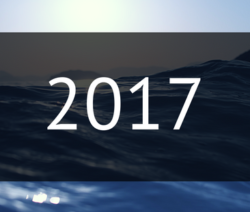 The 2017 racing calendar for the Dublin Bay Mermaid fleet has been announced. Outside of regular club racing which runs from May – October, there will be 5 main racing events encompassing the Munster Championship, Leinster Championship, Skerries Regatta, the National Championship and Rush Regatta. (You can view the full list and details of the upcoming events in the image at the end of this article)

The 2017 Leinster Championship is hoping to see a large amount of Mermaids return to Dun Laoghaire harbour as the event will run in conjunction with the Volvo Dun Laoghaire Regatta. With 5 mermaids already entered ‘super early’ for this event (and hoping to be one of the lucky 10% that will have their entry fee refunded), the class is confident they will have the minimum 10 boats competing in what is shaping up to be a fantastic 4 days of racing.

With a number of new boats joining the fleet in the past 2 years, the class is always looking for crew. If you are interested in getting involved in the class, racing for the 2017 season or just trying out one of these beautiful classic boats please feel free to get in touch with the Mermaid Sailing Association, https://dublinbaymermaids.com/contact/.