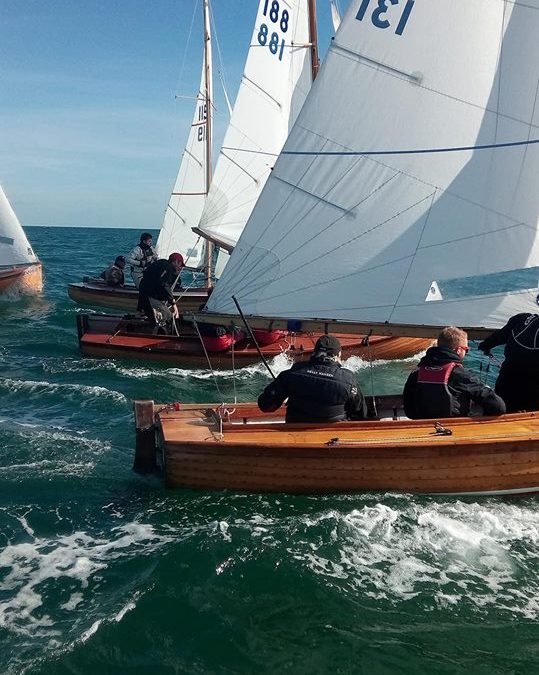 Rush Regatta ran at later dates than usual this year being pushed out to the 29th and 30th of September. Despite being later in the year, the event hosted by Rush Sailing Club, was incredibly lucky with the weather seeing 3 full races being completed on the Saturday in gorgeous sunshine, blue skies, flat seas and a good steady breeze.

Due to the tides the one additional race on Sunday the 30th would not have been until 2pm meaning a long trip for the travelling boats by the time they would be off the water, packed up and on the road. This paired with a questionable forecast for the winds to pick up considerably meant a good call by the organising committee to cancel the racing on the Sunday and have 3 races on the Saturday instead.

With 10 mermaids competing there was little contest for the #1 spot: reigning National Champion Darragh Mc Cormack from Foynes Yacht Club on 188 Innocence won the event very comfortably with 3 bullets crewed by past class Champions, brothers Johnny and Paddy Dillon.

A great BBQ was provided following the racing on Saturday with the prizegiving held at the club that evening followed by some live music and, as per usual, intense post-race analysis, banter and friendly ‘threats’. There was talks of how to ‘catch the pigeon’ (with some real references to methods used in the cartoon being used on the water), Frankie Browne Juniors refusal to wear anything but ski gear while sailing and whether Paddy Archer should seriously consider running in the Presidential election…All pretty standard in the Mermaid fleet really!

The event was a great close out to a fantastic season with new friends made, lessons learned and sincere vows that ‘next year will be the year’. Such is the never-ending hope that we all strive for, to one day, lift the lady.

Photos and results courtesy and copyright of the Rush Sailing Club Facebook Page. 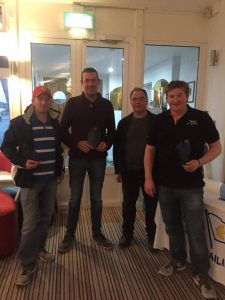 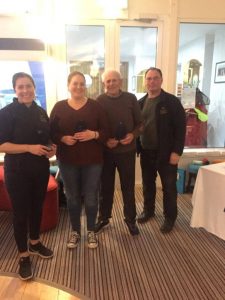 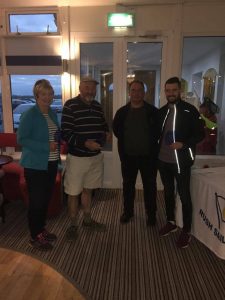 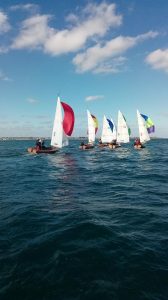