Success of the annual Mermaid Prizegiving Dinner continues to grow 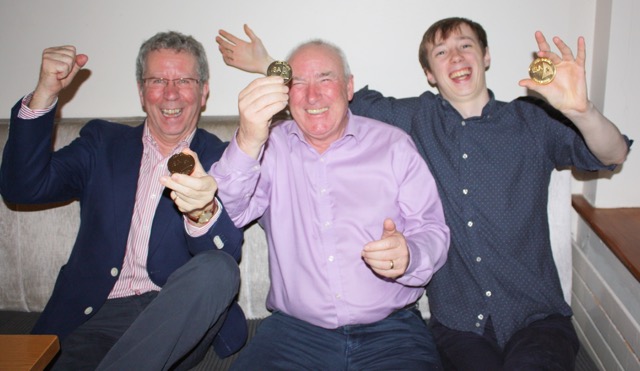 This year marked the 3rd consecutive year that the MSA held a stand-alone Prizegiving Dinner event to properly acknowledge the winners of the sailing season just gone. Now normally held around February time, this event gives a fantastic opportunity for the class to close out the sailing season just gone and look forward to the one shortly coming up. On the evening of the 18th of February, with the club fully decked out and over 80 people sitting down for a fantastic 3 course meal provided by the excellent team at Skerries Sailing Club, this year’s Prizegiving dinner followed the success of the 2 years previous and the night was thoroughly enjoyed by all.

Kieran Branagan, Commodore of Skerries Sailing Club gave some nice opening words expressing how excited the club is to host this year’s National Championship on what is the Mermaid’s 85th Anniversary. With at least 2 races per day planned over a full 6 days racing (7 if you count the practice race), this year’s National event is promising to give a fantastic week full of top class racing and entertainment making for the perfect week’s holidays for true sailing nuts!

Brian Mc Nally of Skerries Sailing Club also gave a fantastic opening speech as part of his newly appointed position as the Mermaid Class Captain for Skerries. He recalled back to one of his first ever Mermaid Championships where he was eager to please the skipper and let’s just say there were a few learning curves! The Mermaid fleet are known just as well for their excellent social scene and comradery as they are for their racing and Brian’s story was testament to this fact as he recalled how this event was also where he first laid eyes on his now wife, Valerie! The speech got the room into a really positive and “humorous” mood which followed through for the rest of the awards, making for some very interesting speeches. It’s clear from the smiles on everyone’s faces in the pictures just how much fun everyone actually had on the night.

A summary of the prizes awarded on the night are as follows:

The Skipper Clarke Memorial trophy which is awarded to the winners of the National Yacht Club Regatta or combined clubs Dun Laoghaire Regatta was presented belatedly to 134 Jill for 2014 and 2015. There was no race in 2016. 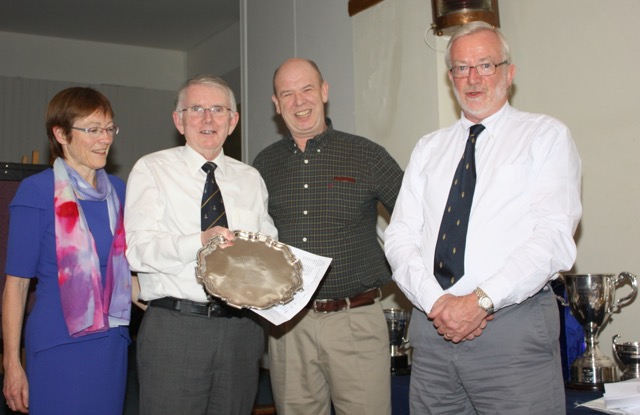 The National Championship cups were awarded as follows:

The Designer’s Tankard which goes to the best championship boat where the top 2/3 of boats from the previous Championship are excluded went to 182 Dolphin helmed by Shay O’Toole with his crew Seamus Murray and Pierce Benyon. 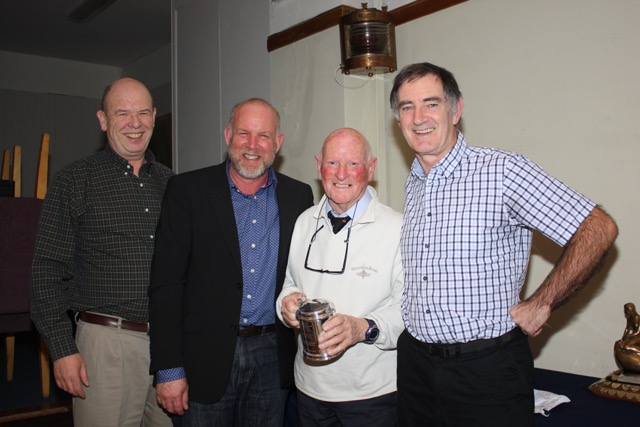 The Daphne Cup which goes to the best championship boat where the top 1/3 of boats from the previous championship are excluded was won by 186 Gentoo helmed by Brian McNally with crew Valerie McNally and Keith Rochford. 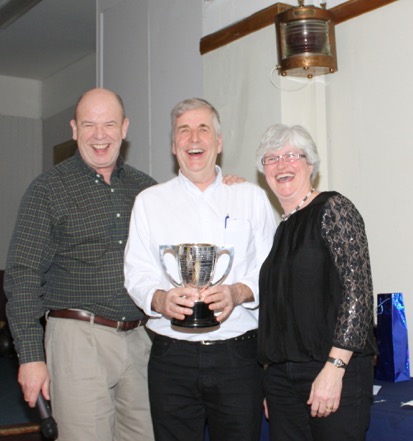 Along with the main class trophies and cups, the official ISA medals (which were all beautifully engraved and customized) were also awarded for 1st, 2nd and 3rd place overall. Bronze Medals went to Jonathan O’Rourke, Carol O’Rourke and Tom Murphy from 77 Tiller Girl who finished 3rd overall in the 2016 Mermaid National Championship held at Howth Yacht Club. 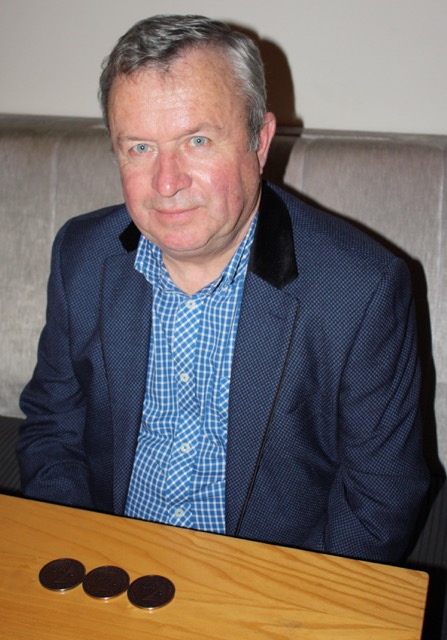 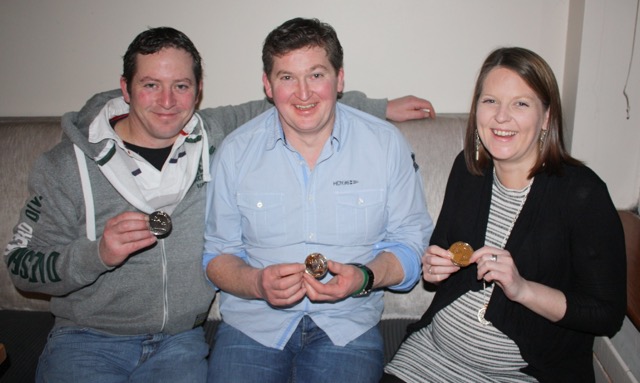 And the number one spot for overall National Champions 2016 went to 189 Azeezy helmed by Sam Shiels with crew Con Bissett and Eoin Boylan. Needless to say they are truly delighted with their Gold ISA medals and the beautiful Mermaid trophy and were the stars of the night taking the top prize in their home club.

Thank you to everyone who came along and supported the night making it so enjoyable. MSA President Des Deane and Hon Secretary Paul Smith did a great job hosting the awards and handing out the prizes. Thanks to Ross Galbraith also for providing the photos and of course to Skerries Sailing Club for putting on such an enjoyable event. The club looked really impressive and the food was delicious!

The growing, continued success of the event is proof of the great positive work that is being done in the class with some new boats and members joining and Skerries campaigning to get 35 boats at the Nationals this year. It’s fantastic to see all the hard work and volunteerism starting to pay off. Everyone is now looking forward to the Mermaid season ahead which kicks off with club racing in May and the first official Championship event being held at Foynes Yacht Club on the 3rd and 4th of June for the Munsters.

**New members are always welcome** If you would like to inquire about getting involved or even coming out for a sail on one of these beautiful classic boats, please don’t hesitate to get in touch with our Secretary Paul Smith on honsec.msa@gmail.com or check out our website for more info. 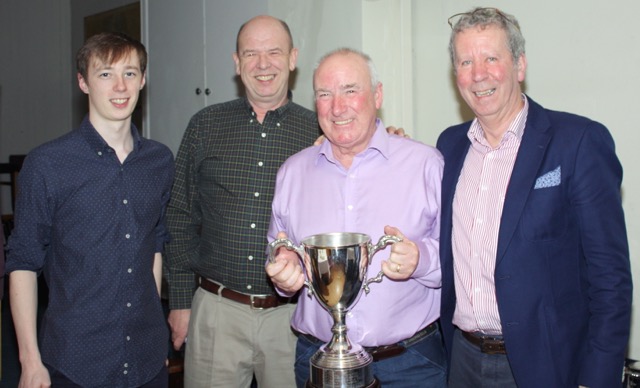 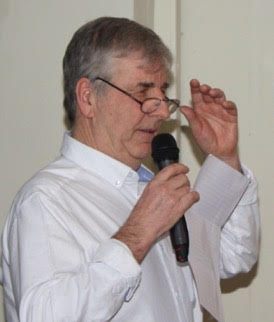 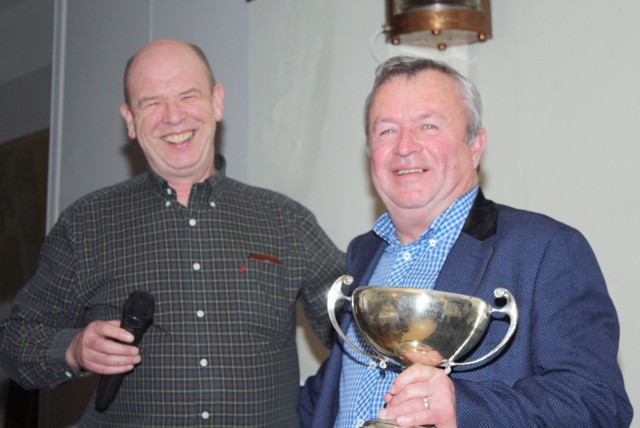 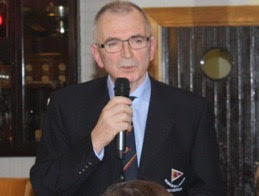 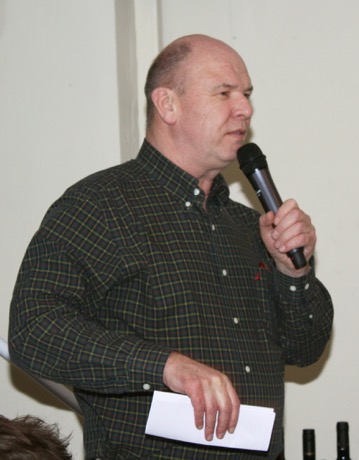 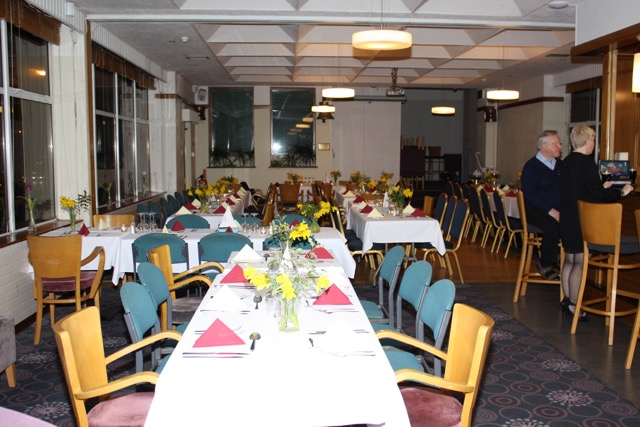 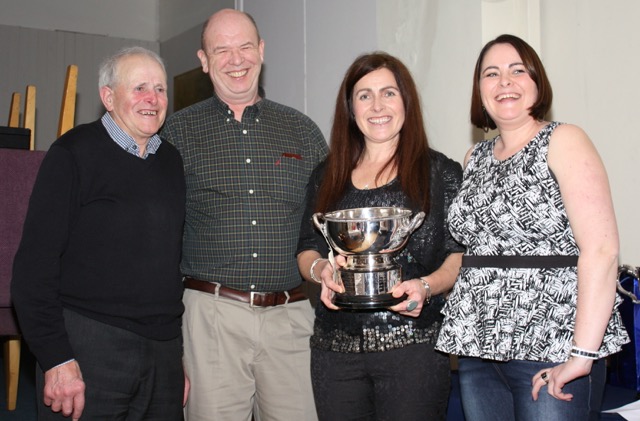