Write-up and results of the 2016 Rush Regatta 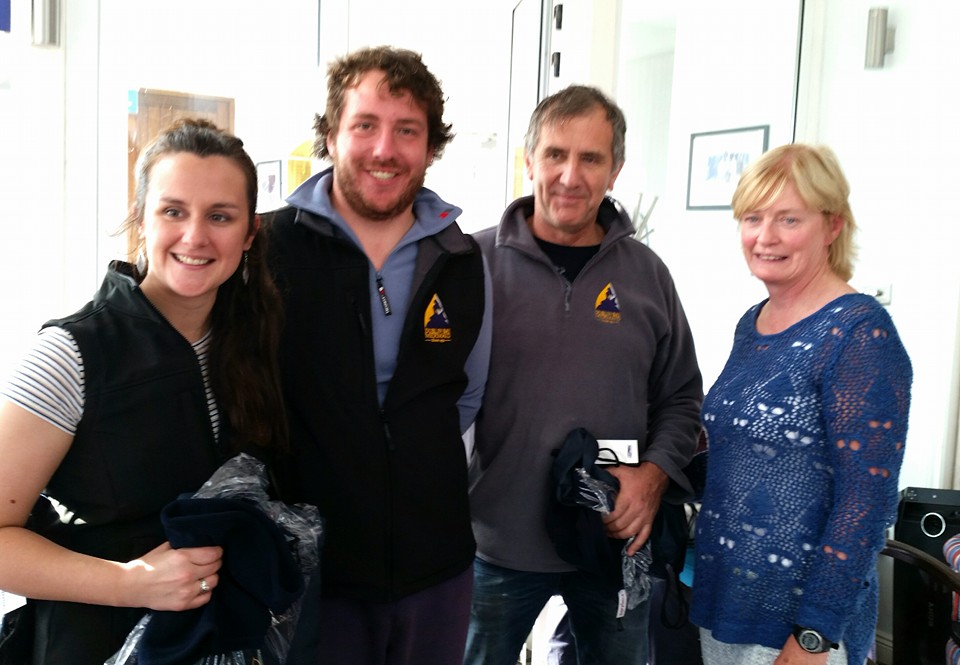 The annual Rush Regatta took place this weekend at Rush Sailing Club with 2 races planned for both Saturday the 3rd and Sunday the 4th of September. A very wet and windy Saturday morning saw 14 boats entered, busy rigging and getting ready for what was shaping up to be a very eventful day. OD Liam Dineen held a briefing at the club at 10am informing the Mermaid fleet that they would be doing a trapezoidal course, a change from the usual Olympic course normally used. This was to accommodate running cruiser and dinghy races all out on the same race zone. Conditions for the day were showing 18-24 knots and big waves to make for excellent surfing and high adrenaline, fast racing.

A ripping tide meant getting out to the course proved a challenge in itself but by 12:20 everyone was on the course and ready to race. With a cruisers race already in progress, the Mermaids got away on a clear start for race 1 at around 12:30pm on Saturday. Poor visibility and the challenge of a new trapezoidal course saw the Mermaids out of their comfort zone with a lot of pointing into the distance, squinting and generally very confused faces about! The left side of the beat going up the outer loop paid hugely and saw some boats making big gains on that first lap. The final mark 4 had cruisers coming in rounding to starboard and mermaids rounding to port, needless to say it was interesting! The full course was completed with first place going to Skerries boat 186, Gentoo helmed by Brian McNally. Second place went to Vincent Mc Cormack on 119, Three Chevrons from Foynes Yacht Club and third place to Frank Browne on Cara II also from Skerries. With concerns over the demanding conditions and a 2nd race possibly proving too much, the decision was made to cancel racing for the rest of the day and the fleet headed back in battered and bruised but very invigorated and looking forward to the next day’s racing.

Sunday saw very different conditions as Mermaiders wearing t-shirts and sunglasses rigged up in sunshine. With the forecast looking light and set to drop off during the day, everyone was keen to get launched and racing according to schedule. Again the tide proved challenging to get out to the course and following a short postponement Race 2 of the Regatta got underway with the familiar Olympic course being used. Local boat 123, Vee helmed by Jim Carthy banked hard right on the first beat with the majority of the fleet going left. The tactic paid off hugely with Vee gaining a massive lead as they rounded the first windward mark. As the race progressed the wind began dropping off and despite a wise decision by the Race Committee to shorten course, the fleet only barely managed to complete the final leg with the tide overpowering the breeze and boats just about managing to keep moving forward. A deserving first place went to 123, Vee. Skerries boat 186, Gentoo helmed by Brian Mc Nally took 2nd and 3rd place went to Vincent Mc Cormack on 119, Three Chevrons from Foynes Yacht Club.

Hopes for getting another race in on Sunday looked slim as the Mermaids just about managed to complete their first race before the wind dropped off altogether. A strengthening tide had people eyeing up their anchors and getting towlines ready for the trip home. The Committee boat however had other plans hoisting the W flag indicating a course layout change to Windward Leeward. As if by magic breeze started to fill in from Lambay Island and within 10 minutes the fleet were looking at very different conditions with a steady 10 knots of breeze and Mermaids whizzing around hungry for a second race. The Committee were quick to get underway once conditions were right and there was another clear start as Race 3 of the Regatta got underway. A huge pin-end bias on the start line saw Skerries boat 179 helmed by Martin O’Toole and Foynes boat, 119 Three Chevrons gaining a big advantage and port tacking the entire fleet. Overall however it was a very closely fought race and the leaderboard changed a lot. A gate option saw the majority of the fleet going for the starboard mark as a very strong tide meant left and middle was the only way to go heading for mark 1. Skerries boat 185, The Message helmed by Ross Galbraith had a fantastic race, calling all their tactics perfectly and gaining them the lead. Once secured they proved uncatchable for 119 Three Chevrons who came in a close second behind them and third place went to 123 Vee who also had a fantastic race on the day.

Consistent results of 2 seconds and a third saw first place overall at the Regatta going to visiting Foynes Yacht Club boat 119, Three Chevrons helmed by Vincent Mc Cormack with crew Roisin Mc Cormack and Michael Lynch. As the only boat to travel so far it was certainly worth the trip up! Second place overall went to Skerries Sailing Club boat 186, Gentoo helmed by Brian Mc Nally with crew Valerie Cronin and Colm Fitzpatrick and third place overall went to local boat 123, Vee helmed by Jim Carthy with crew Muriel and Paula Carthy. The Regatta cup for the boat that came first in Race 2 also went to Jim Carthy on 123, Vee. Well done to all involved! 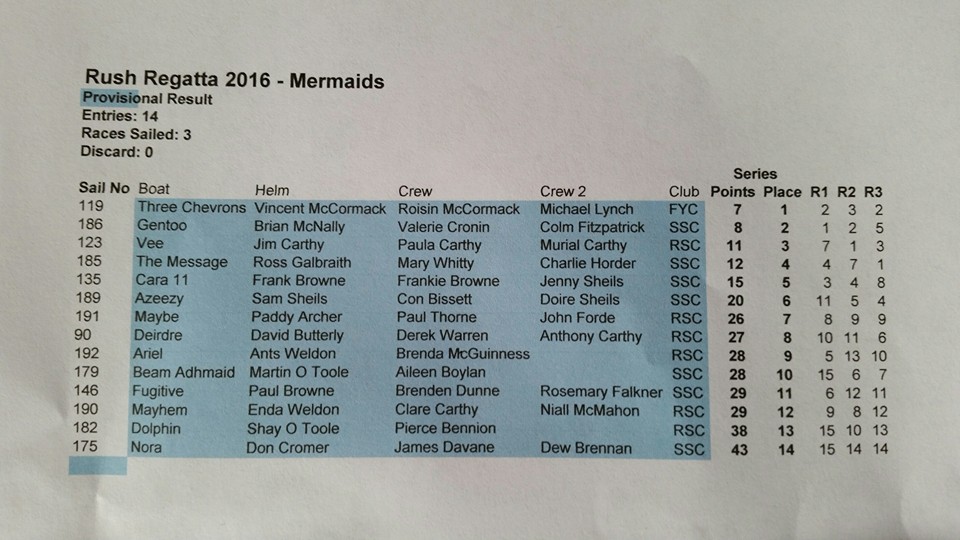 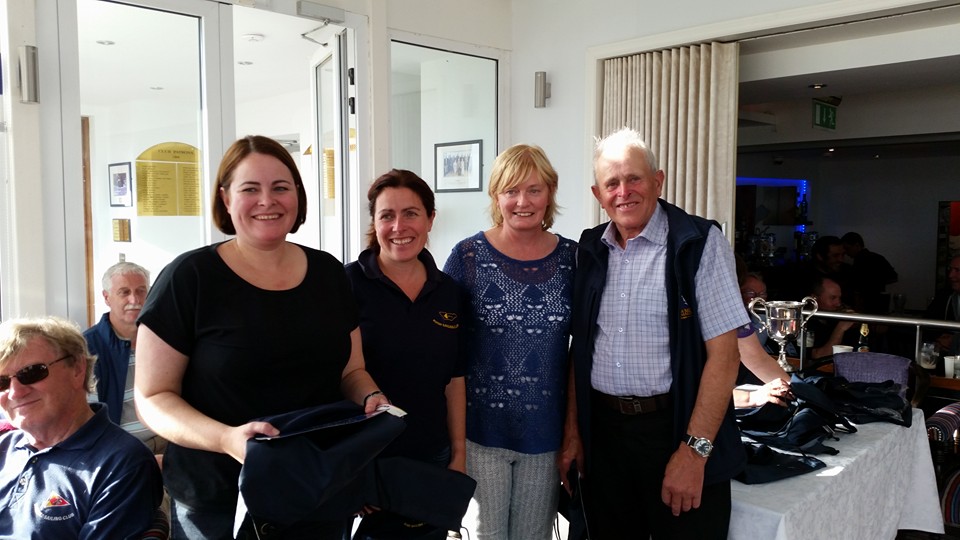