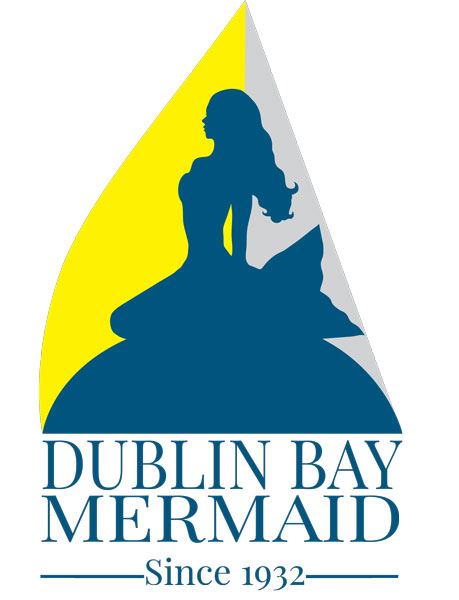 Following on from plans and decisions at the most recent AGM for the Dublin Bay Mermaids, the Committee have since been busy overhauling and freshening up the class image over the past few months. This work involves rebuilding the official website (www.dublinbaymermaid.com), launching a public Facebook page (https://www.facebook.com/mermaidsailing/), launching an official Twitter account (https://twitter.com/MermaidSailing) and creating an official brand for the class including a colour scheme and class logo. Yesterday the new official class logo for the fleet was unveiled and the new brand guidelines and colour scheme are already being implemented across many of the class channels such as Facebook, the website and Twitter: 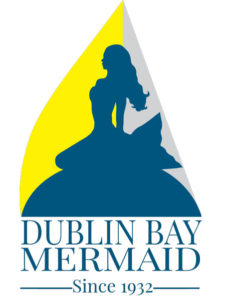 This is the first time the class has had an official logo which has received an extremely positive response from members. This new branding will be used to promote the fleet and create a recognisable class image moving forward. Work on the website is ongoing and the goal is to have the new site launched by early June, just in time for the start of an exciting and busy sailing season for the Mermaids! The first main racing event for the class will be the Munster Championship at Foynes Yacht Club on the 4th and 5th of June. Two races are scheduled for Saturday the 4th of June with the first gun at 11am. One race is scheduled for Sunday the 5th with first gun at 12 noon. Music and entertainment will be provided at the club on Saturday evening with ‘Flog the Dog’ making a welcome return. To stay up to date with these developments you can subscribe on the site www.dublinbaymermaid.com, like the newly launched Facebook page (https://www.facebook.com/mermaidsailing/) and follow the class on Twitter (https://twitter.com/MermaidSailing).